Buildings in Búzios strike you with a specific look, but when you start looking for a building to photograph there are few that really stand out.

The mailbox plates will give you an idea. Basic wooden trusses and terracotta tiles. Buildings no more than two stories high, but then they add half a storey just for light…or who knows what. I would like to refer to it as character. 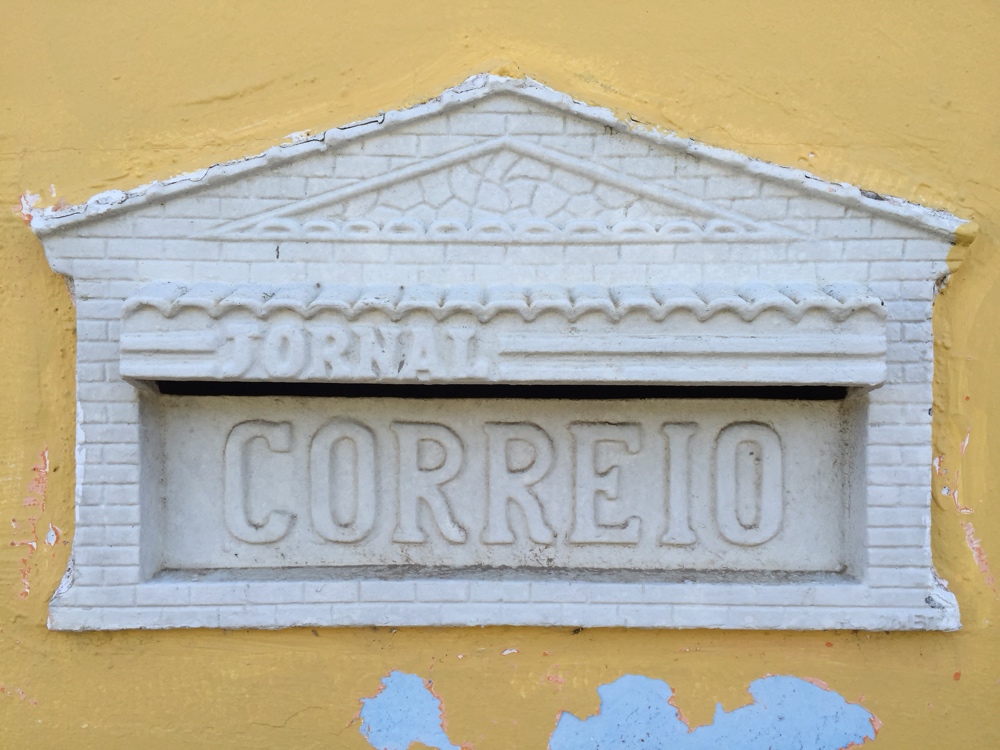 Down town, or the centre of town has a really pretty church. It’s a pity that we construct add-ons later, which actually spoils the beauty of this picture. But the idea is there, the terracotta tiles, the detail and the added height at the roof. 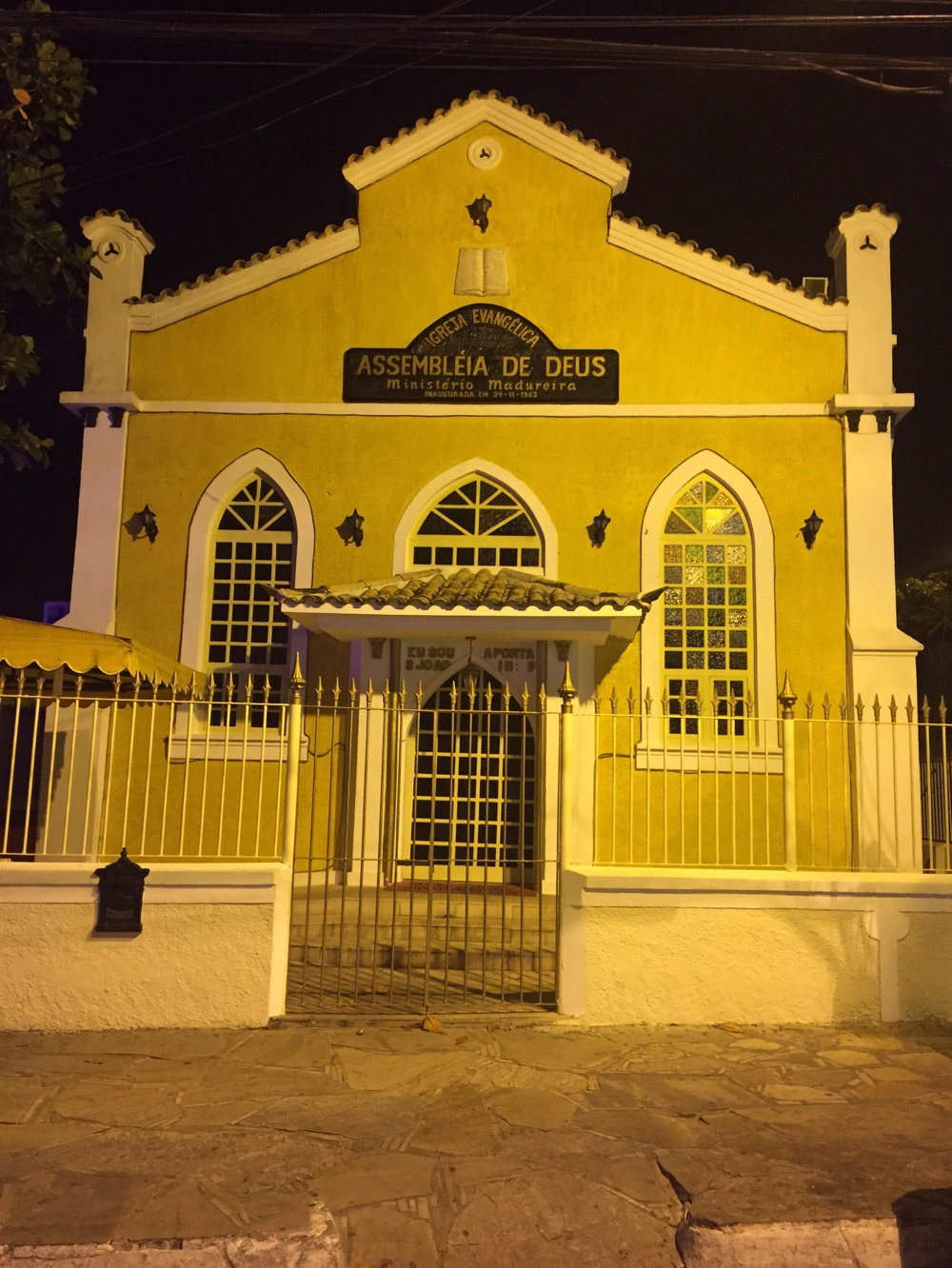 In the distance, a new neighbourhood, close to the lake, on the way to the beach. 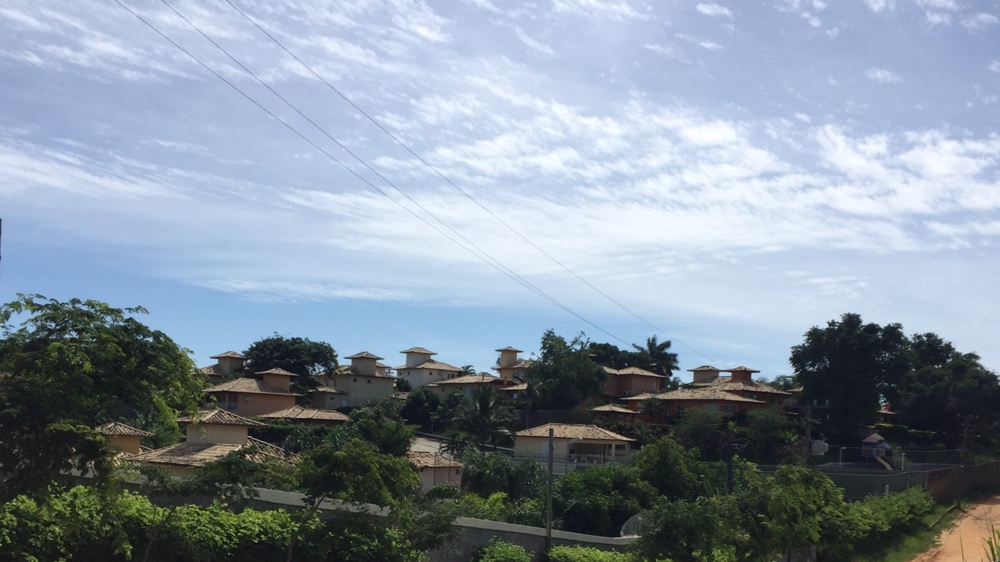 Typical look of all buildings in the area. 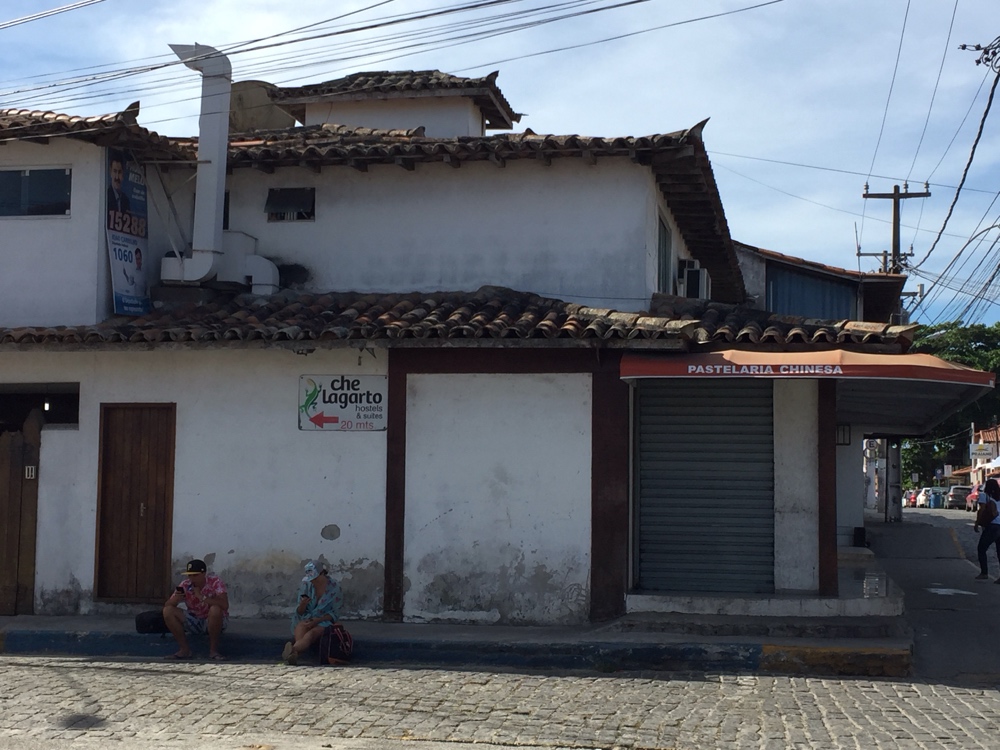 The typical roof of a Búzios building. This is the New Don Quijote Hotel down town.  To some buildings’ roofs just have the lifted tips, others have the concave roof trusses…which I think are prettier and have more character. 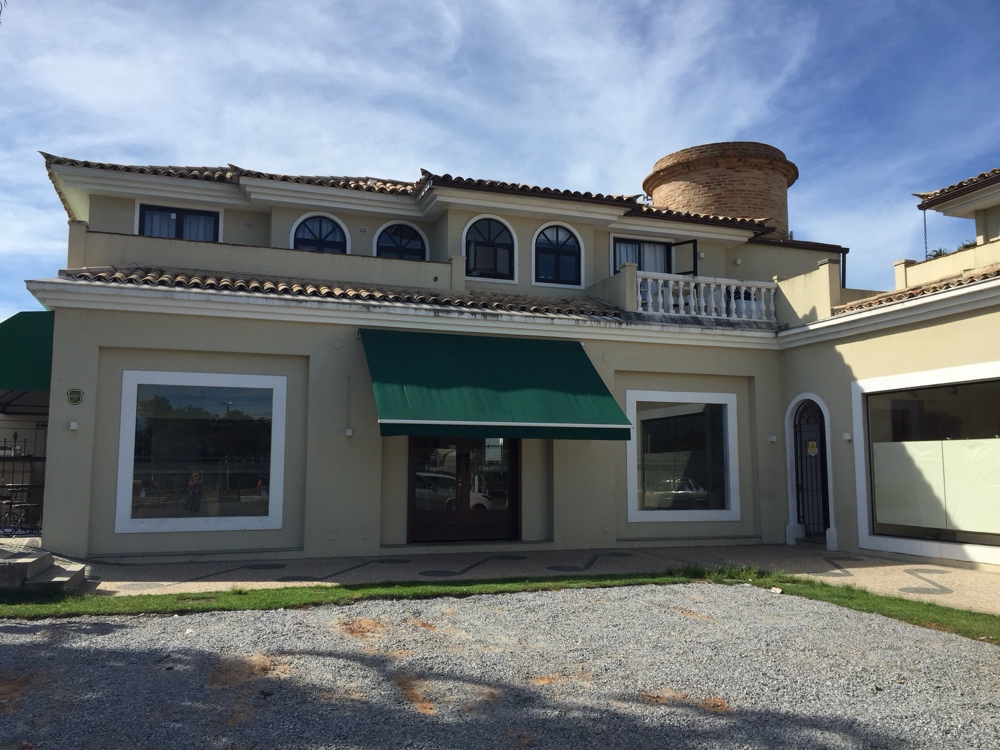 See the trusses on this roof…now that is Búzios architecture! 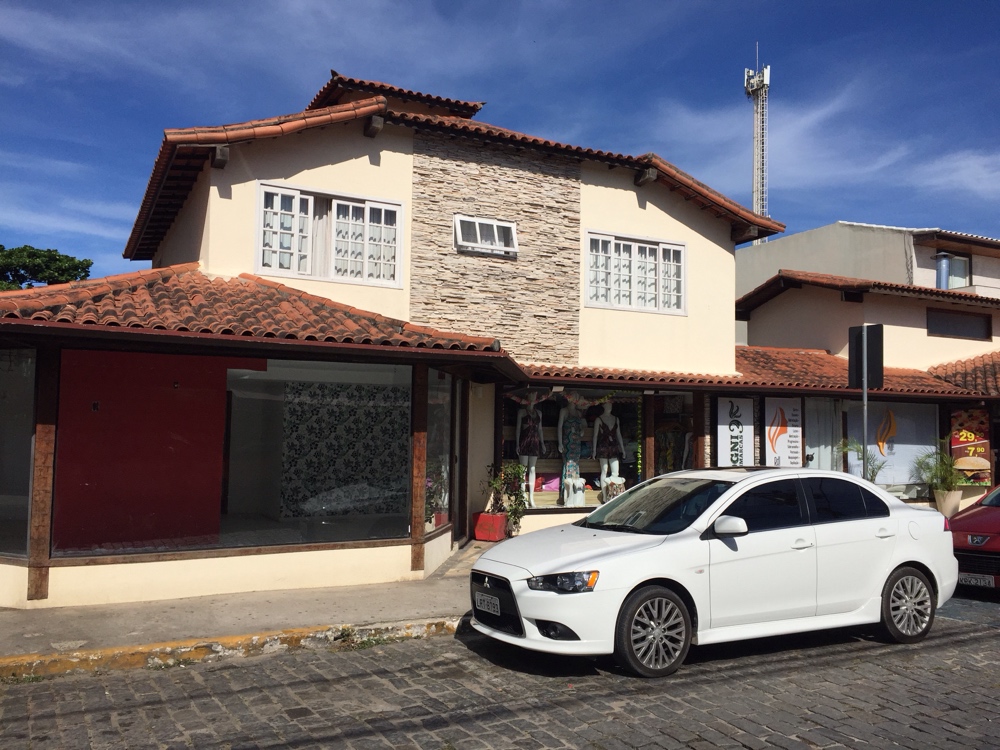 Rustic look of the town. Small shops, not very big. Every here and there an alley, which leads to apartments at the back. Some of these are now converted to Hostels, to accommodate the increasing tourist industry. 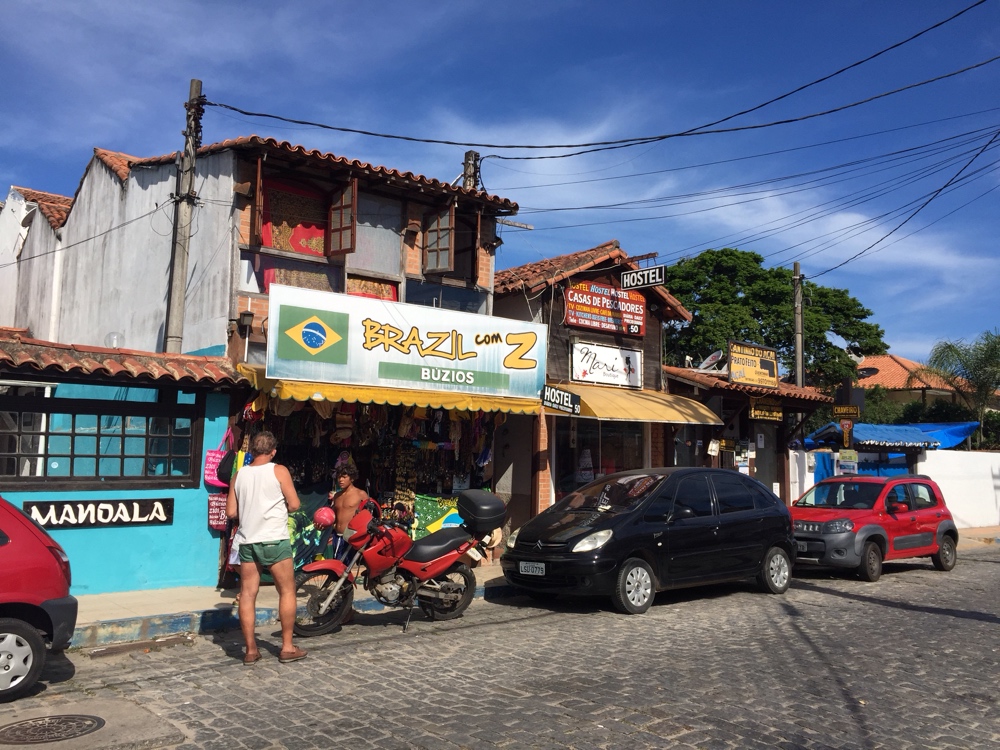 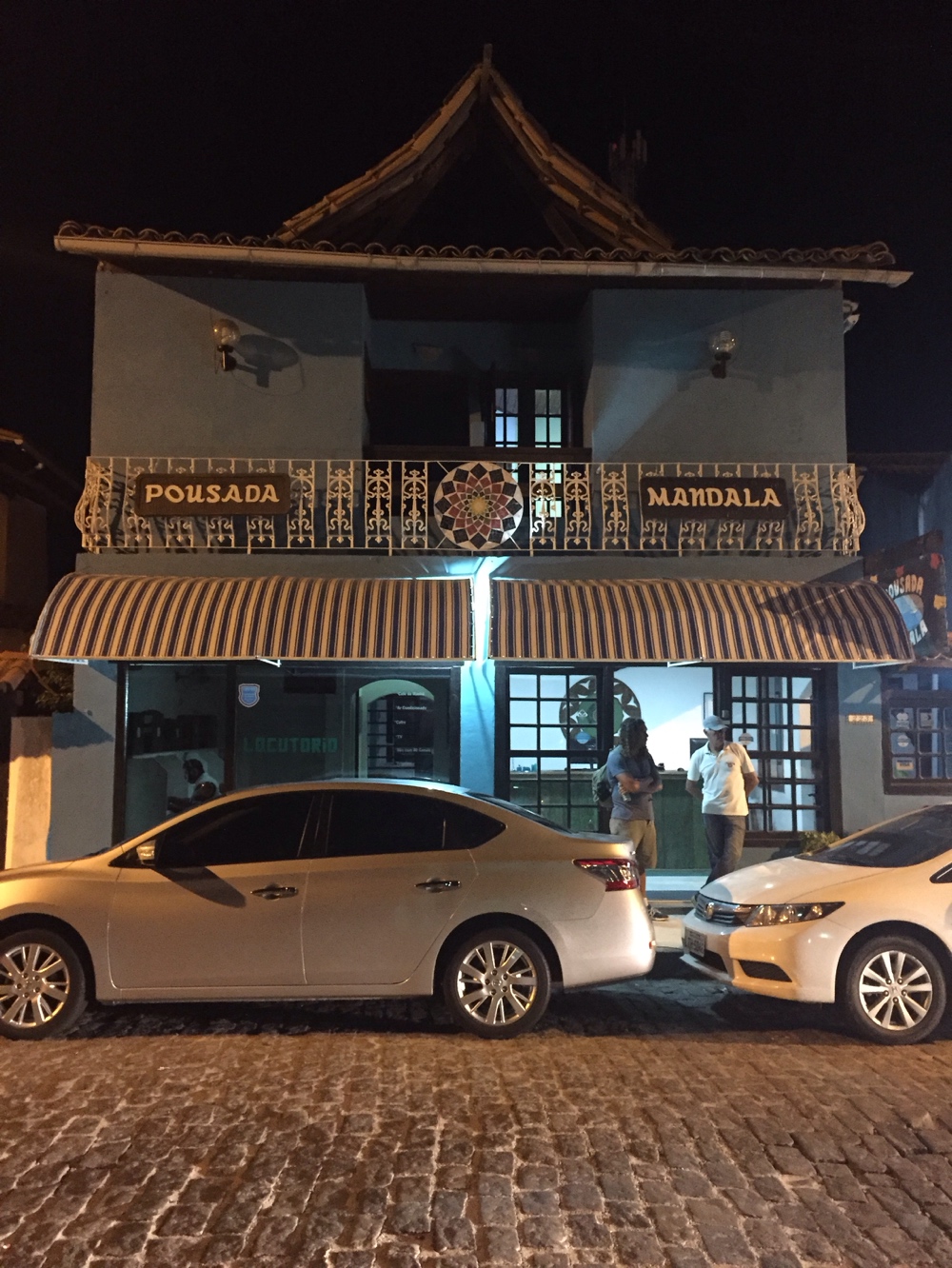 House in a neighbourhood. 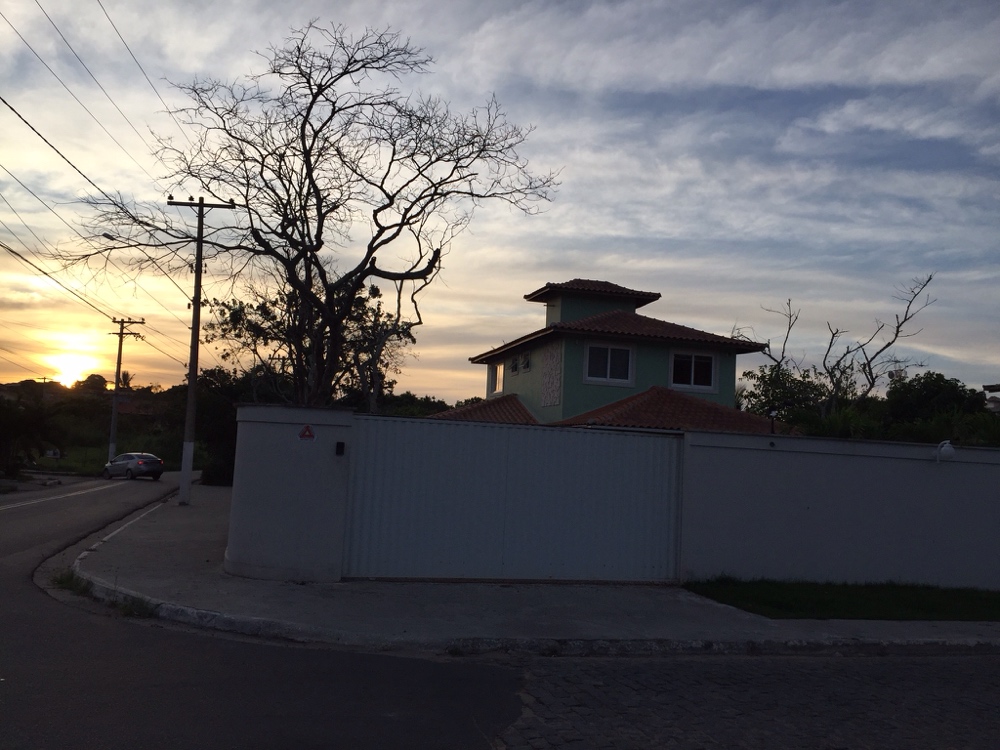 And then there are the various newly renovated buildings and shops downtown, which focus on tourism. 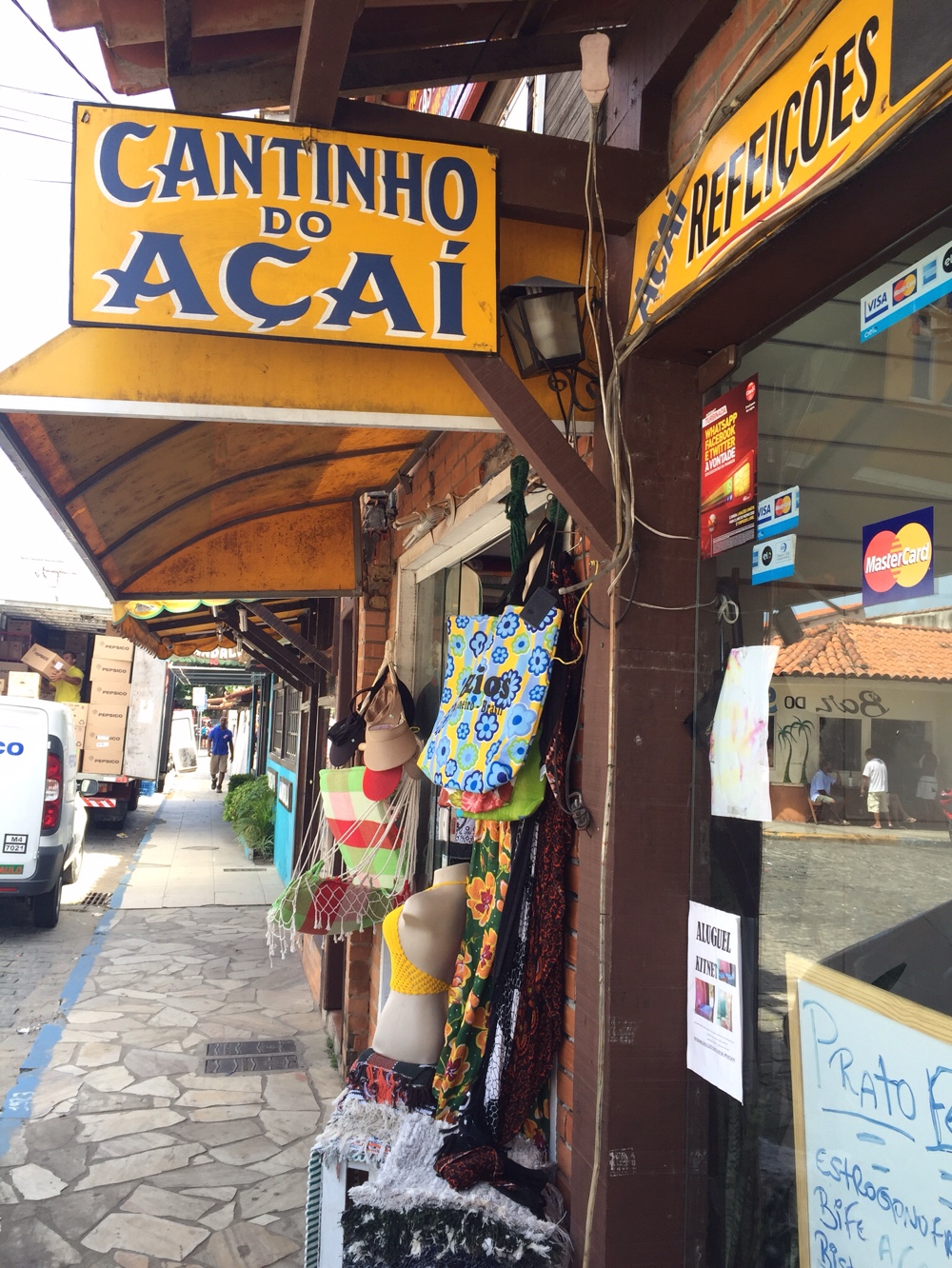 Wood is part of most buildings, natural material still does the job! 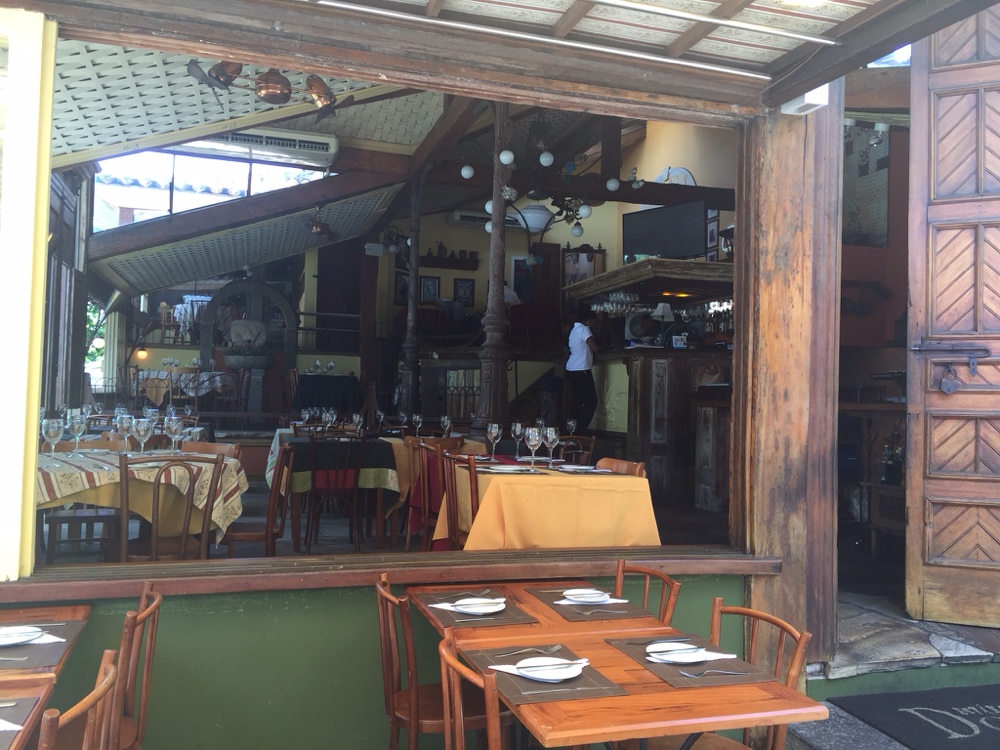 Look at the aired roof of this dated fruit and veggie shop. No air-con in this shop. I think most roofs were like this earlier. Now every shop is fitted with an ice cold air-con, and no shop door is ever closed! Should read up on electricity supply and cost of fuel… 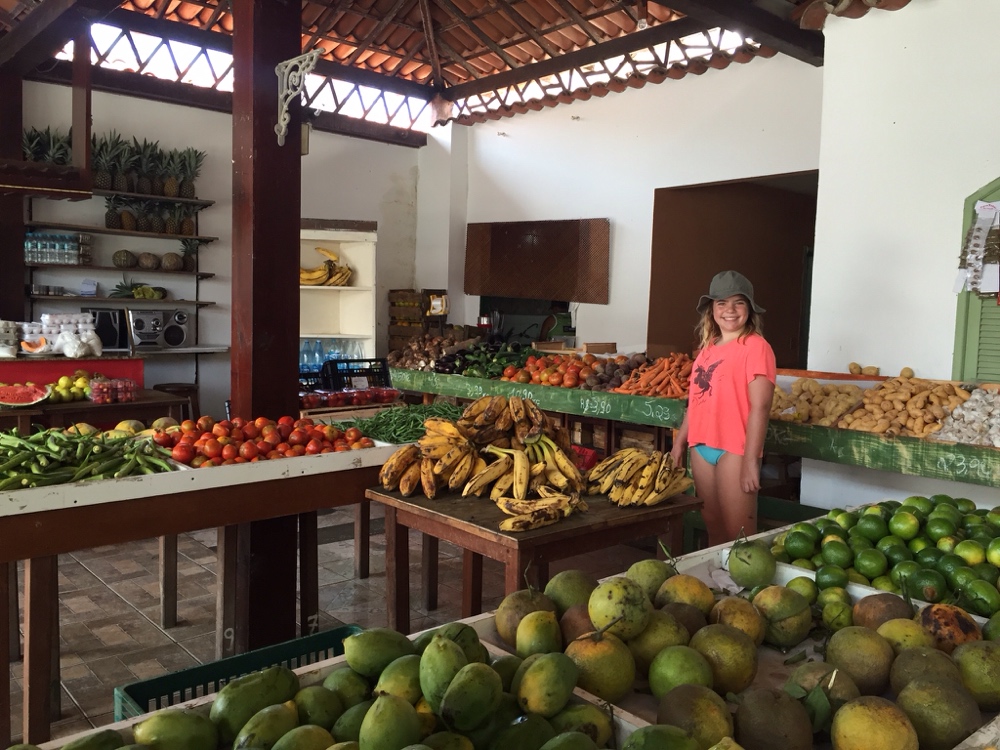 At night Búzios comes alive! Streets full of tourists and locals enjoying the restaurants, atmosphere of the bay, walk on the promenade… 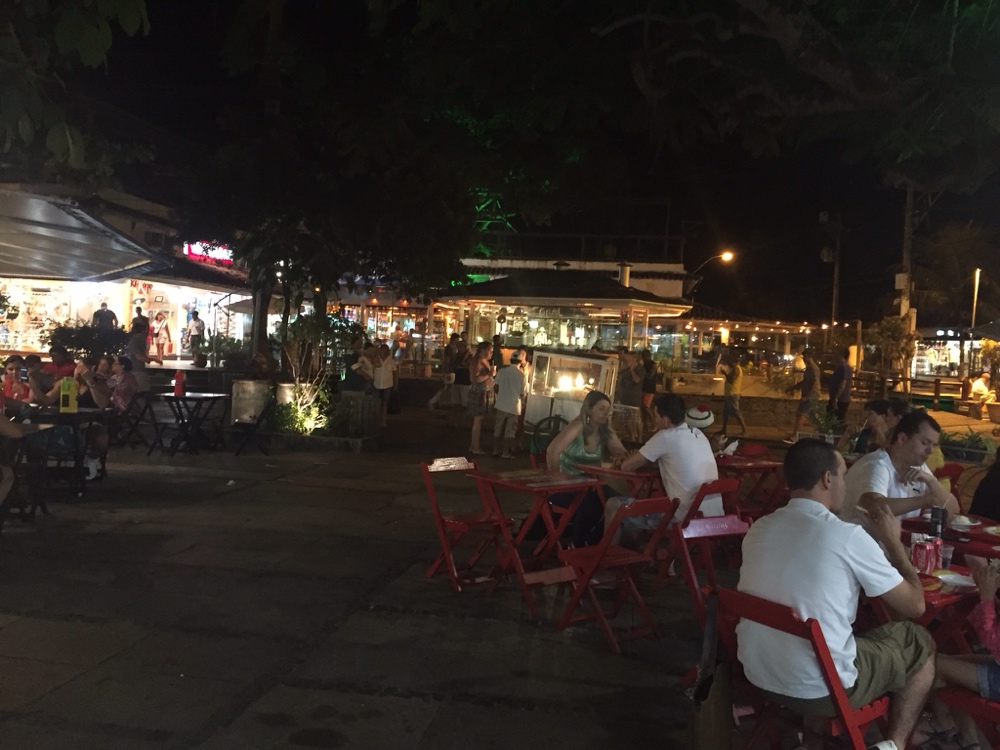 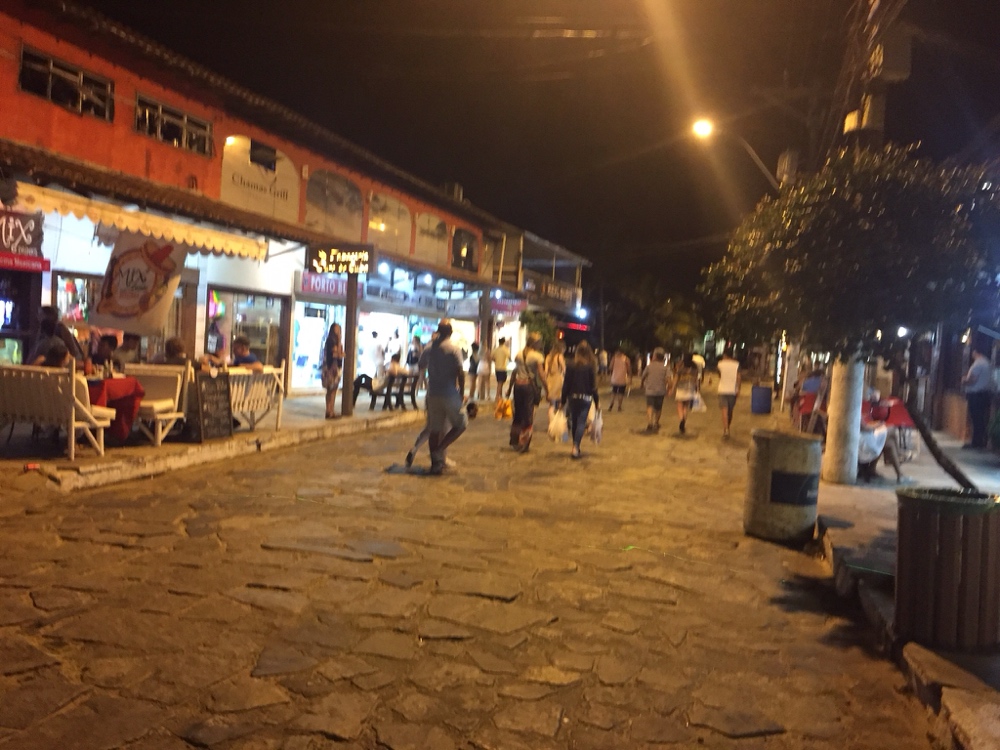 Streets are closed at night for traffic, so tourists wander the streets doing shopping. Shops are open till really late, we left at 23:00 and they were still open. 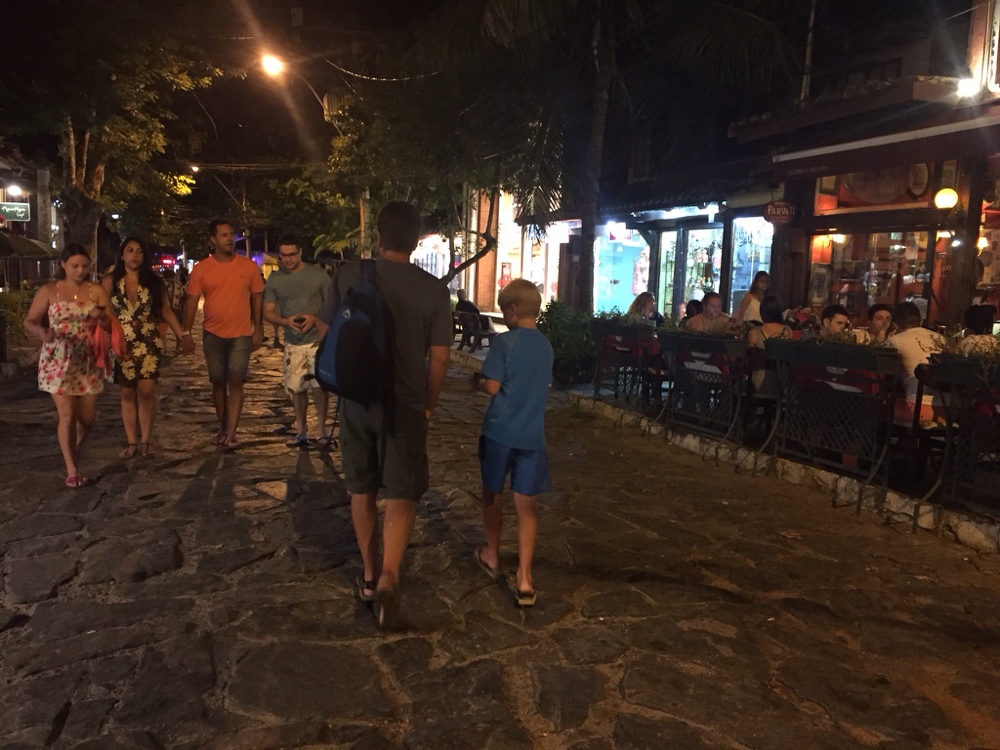 Not a lot of landmarks in Búzios. Brigitte Bardot down town on Avenida José Bento Ribeiro Dantas. 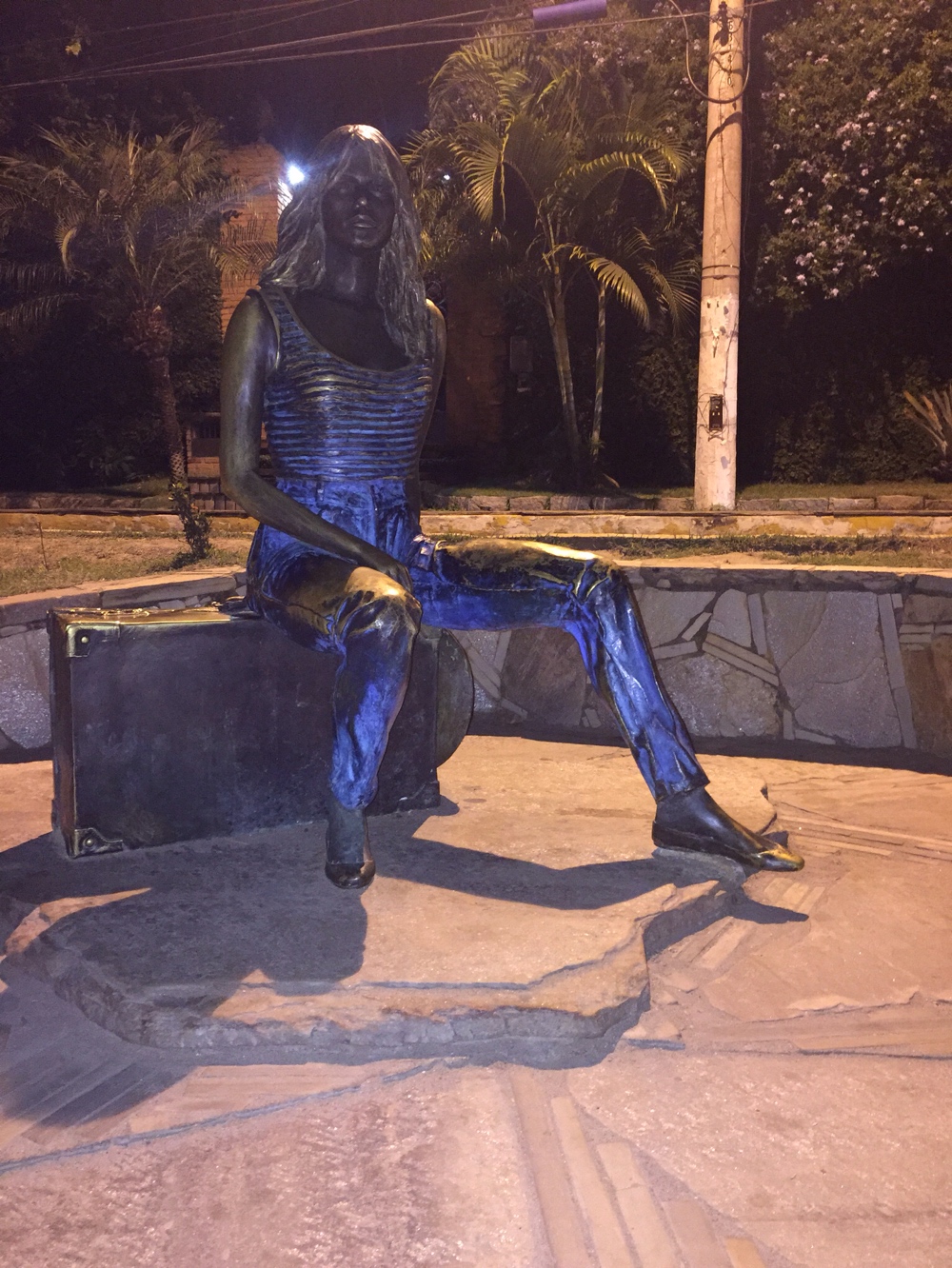 The grand brand new hotel Don Quijote … Does it count?

This little Biblical statue was on the way from town to our camping site. We took the main road Ustrada da Usina, which becomes Avenida José Bento Ribeiro Dantas as you move further away from the tourist spot. I see the shops here sell cement and other building supplies, more industrial. 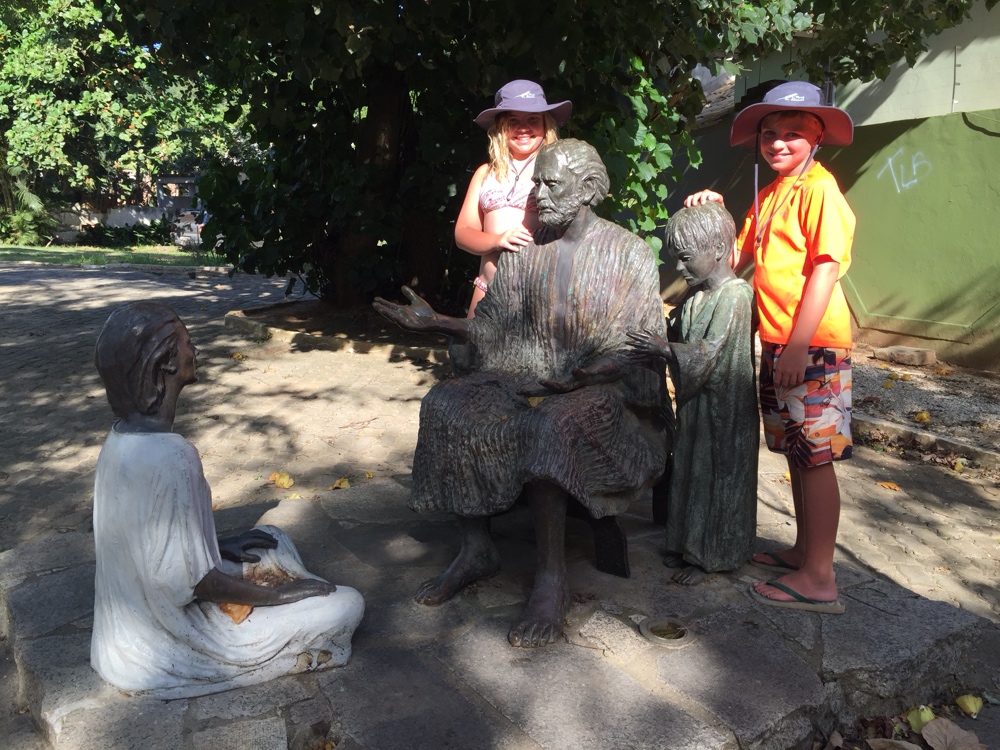 Búzios is a town for networking. We met really nice tourists, locals and fell in love with the nightlife. We will be back! 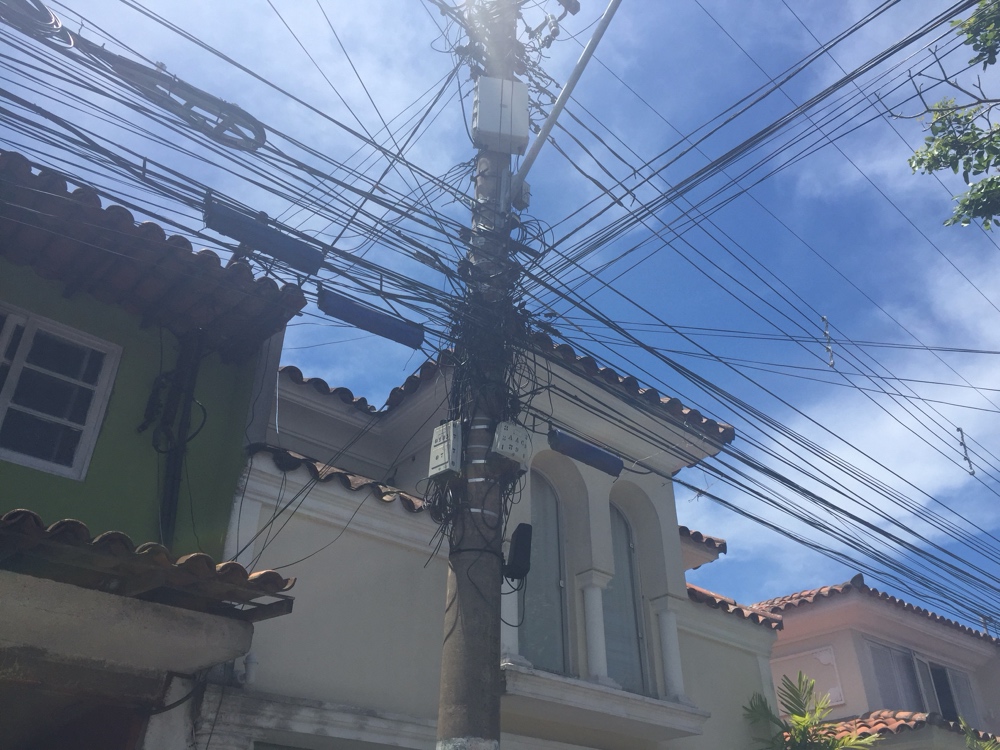